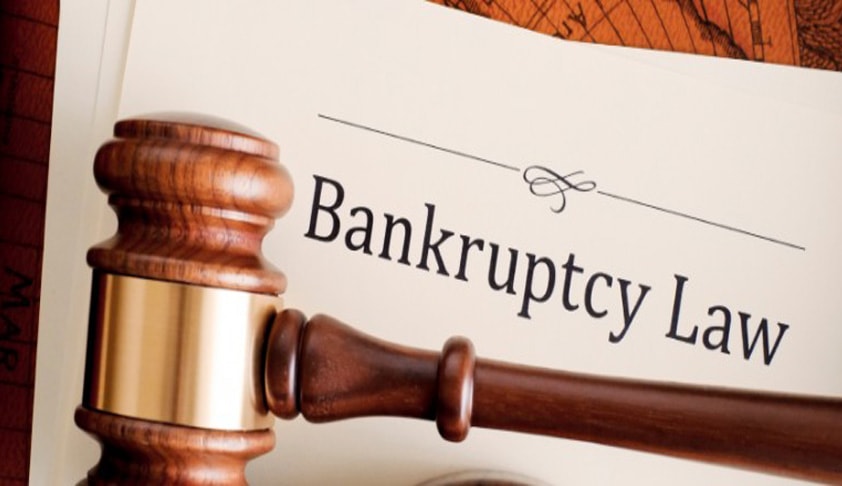 Presently bankruptcy actions are hardly visible due to absence any robust law and whatever scanty law is there which only damaging to the person/entity undergoing the distress situation than helping him to come back to normal life. A progressive society cannot afford to have such rules which brand a person a bad guy for the rest of life. Every stressed business entity/entrepreneurs need to be given support to turnaround if there is potential or assisted to go through the bankruptcy proceeding in a very humane manner.

The lack of consolidation and the complex inter-workings and incompatibilities between various statutes such as the Companies Act, 2013 (Companies Act); the Sick Industrial Companies (Special Provisions) Act, 1985(SICA); Recovery of Debts Due to Banks and Financial Institutions Act, 1993 (RDDB Act); Securitisation and Reconstruction of Financial Assets and Enforcement of Security Interest Act, 2002 (SARFAESI Act); the Presidency Towns Insolvency Act, 1909; the Provincial Insolvency Act, 1920 has resulted in a highly fragmented system which has led to complex issues of how the various statutes and the judicial forums these statutes have setup reconcile with one another.

Dedicated Adjudicating Authorities: The National Company Law Tribunal (NCLT) as proposed to be constituted will deal companies and LLPs; and  Debts Recovery Tribunals (DRT) for individuals and unlimited liability partnerships.

Time-bound Recovery: The process is to be completed within 180 days from the initiation of insolvency resolution process (IRP). If creditors agree that the case is complex, a one-time extension of up to 90 days is allowed.

If the insolvency cannot be resolved, the assets of the borrowers may be sold to repay creditors. Within theses 180 days, 75 percent of the creditors must agree on a revival plan. Else, the firm’s assets will be liquidated. Insolvency professionals or adjudicators, armed with greater powers can begin criminal proceedings if they find promoters of debtors liquidating assets.

Re-prioritisation in Liquidation: Under the code, statutory authorities and bankers will come below workers and employees in realising the proceeds of liquidation. Further bankers and unsecured creditors claim are kept above statutory dues.

IS IT BOON OR BANE TO SMEs?

There were some discussions about the impact of new code on SMEs. Many have expressed that the new code will make SMEs very vulnerable to recovery action. We feel it is not. Rather new code is a boon to SMEs who have limited power to endure the distress. It means new law will act as a deterrent to initiate recovery action and viability of business will undergo another round of scrutiny by the court.  This window of opportunity is needed for every distressed entrepreneur to get the breathing space in the middle of a crisis and it gives enough time for entrepreneurs to review the reasons for distress and measures they can take to retrieve the growth. Since it is a court administered process, the process will remain transparent and pragmatic.

We would like to explain a case of distressed entrepreneur how he could benefit if Insolvency Code were there:

He had set up a manufacturing plant for packaging materials which did not start on the stipulated time. Of course, there were mistakes at the planning stage. That is why we emphasis on meticulous financial planning for derisking the business. The business started the commercial production with delay. No sooner production started, recovery was initiated by the Bank. Since there is a liquidity issue, cash credit limit which was meant for working capital mostly utilised to keep the other accounts regular than meeting the requirement of production. In order to bail out in this situation, a restructuring exercise was undertaken by the bank. The new restructuring resulted in increased funding to meet the cash flow mismatches. Here point needs to be emphasised is that debt load was increased under the restructuring. Unable to sustain the debt load, the unit again slipped to distress. Bank has only one option- RECOVERY under SARFAESI Act.

In the end, Bank entered into OTS under which unit was sold at slump sale price.

There were two developments which need to analysed to understand the benefit of the new law:

Both were not helping the unit to survive. Increasing loan exposure to the already distressed unit is most unwise thing liberally practised in India. Here, in this case, the unit is already overburdened with debt and there is no headroom of servicing additional debt. Hence debt became unsustainable.

Secondly, it has become routine practice for banks to start recovery process once the account becomes NPA. It is needless to emphasise that loans are to be recovered using all the measures under law.  But sale under distress will never give a good value. Secondly, it is unlikely that market will be available for sale all the time.

How could the situation have been if there is Insolvency code?

If Code in existence, the party could have approached the Court and sought relief to bring back the unit to viability. In such circumstances, DRT/NCLT would order to mitigate the debt load and make the unit viable with better debt terms. Secondly, the value of enterprises would have been protected even while undergoing Insolvency proceeding.

We have explained the risk side of benefit above. On the opportunity side, SMEs will get a better flow of funding to their business as more lenders with softer terms will enter the market to lend the loan in view of better recovery climate under the Code.

The key point is: Insolvency code will help quicker turnaround and gets breathing space to come back to growth. Also going forward it will act as a catalyst to innovations among lenders and hence will diversify the funding sources. Hence it is a Boon to SMEs.